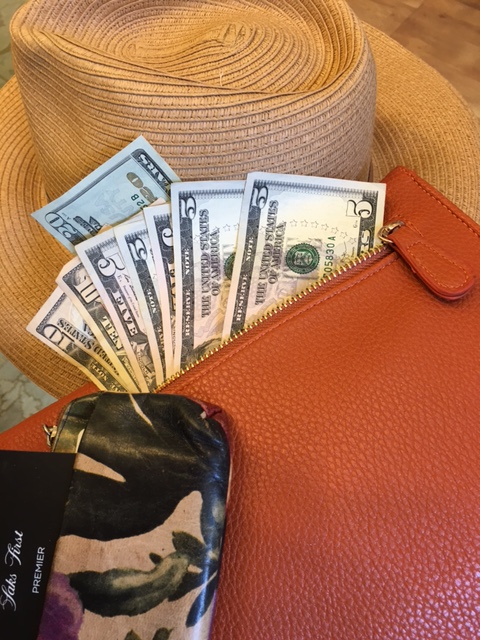 It’s no secret that plenty of US companies keep huge amounts of cash overseas because bringing it home would cost them plenty in taxes. Apple, for example, has the most moola outside of the U.S: over $200 billion.

But what if there was a creative way to get corporations to bring some of that money back into America that, by the by, would make life here at home safer and better for all of us?

Well, there is: Bonds.

In a Marketwatch.com story published on October 10, 2016, Standard & Poor’s suggested that companies, instead of paying big time tax bills on all of the money they have parked outside of the country, be allowed to commit “15% of it to investments in interest-bearing infrastructure bonds that would be issued by state and local governments…”

That’s a great idea given that more than $2trillion dollars is parked outside of America. And, that our country’s roads, bridges, etc. are in desperate need of repair given that little has been appropriated to improve them over the past 40 years.

Beth Ann Bovion, U.S. chief economist at S&P Global Ratings, said that there is plenty of “bipartisan support, including from the presidential candidates, to address our country’s infrastructure problems…”

I’m gonna guess there would be plenty of support from plenty of Americans for this idea too. It offers a simple solution to a much needed but overlooked problem that challenges each of our lives on a daily basis.

One week into the last quarter of 2016 and the market index scores were more sour than sweet.

Below are where the weekly and 1-year performance results for four popular stock indices stood at the close of business on Friday, Oct. 7, 2016, according to Bloomberg,

Take a broader view and of all equity funds that Lipper tracks—there are 15,128 of them—the average year-to-date return was 6.94% as of Oct. 6th.

Moving into the land of taxable fixed-income funds, the average year-to-date return for the 4,943 funds that Lipper tracks was 6.78%.

I bet you thought the spread between equity funds and taxable fixed-income funds would be larger. But it’s not.

Make sure to take advantage of the wonderful world of mutual fund performance figures Lipper makes publishes. Use their YTD returns as a guideline for how your individual fund(s) are performing. For instance, Lipper reports the average stock fund is up about 6.79 percent so far this year. Are your stock funds doing better or worse than that?

Lipper’s weekly performance figures for stock and fixed-income funds are at www.allaboutfunds.com in the left column on the home page.

I know a number of Donald Trump fans who believe because Trump is a business man, and is rich, that his business acumen makes him the perfect choice to lead America.

Trouble is, if Donnie held any upper level position at a public company in America today—whether that position is a  lower level management one or one up the ranks to president or CEO—  would be ousted from his job because of his dirty talk and  penchant for obscene sexual suggestions.

Even corporate America, where the bottom line carries a lot of weight, doesn’t stand for that kind of behavior.