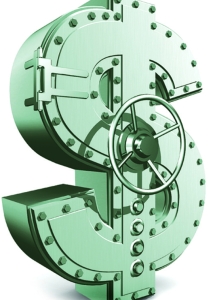 Carry on all you’d like about the economy and a bull market that just doesn’t know when to stop running but make sure not to forget about, or overlook, the debt President Trump’s policies have put in place.

Each of us knows how important facing the debt we have in our personal lives is—and what happens when we overlook it. The same is true for government debt spending: debts need to be addressed and paid back.

According to the Congressional Budget Office, the government has spent a whole lot more during the past 11 months than it has brought in from taxes and revenues.

Below are the weekly and 1-year index performance results for the four major indices—DJIA, S&P 500, NASDAQ and the Russell 2000— including the dates each reached new highs. Data according to CNBC.com and based on prices at the close of business on Friday, Sept. 14, 2018.

Moving up a bit.

At the close of business on Thursday, Sept. 13,2018, the average total return for funds that fall under the U.S. Diversified Equity Funds heading was 8.96%. That’s up  from the previous week’s 8.26%, according to Lipper.

It continues to be a Small-Cap Growth Funds world, as funds here now up on average 22%.

Comparing that group’s return with 25 of the largest individual funds around, (largest in terms of assets), and it’s the Invesco QQQ Trust 1 with the best y-t-d performance at 18.92%

Fifteen of the 25 funds in that listing have returns over 10%. Impressive.

Every October, along with the ghosts and goblins of the season, the Social Security Administration announces what their cost of living (COLA) adjustments for the coming year will be.

And there is good news for those of us who count on every penny from that government check: It’s going up 2.8%.

Translating that into dollars and cents, the average Social Security check in 2018 is $1400. Beginning in January 2019, if the world doesn’t fall apart by then, that check will see an increase of $39.

While that’s the good news, the not-so-hot good news is that inflation is running around that same amount.

Bottom line: Don’t expect that extra 2.8% increase to have much purchasing power next year.